With a crucial play-off series set to begin, the Dallas Mavericks are looking to go one better than they did the previous year. The clock is very much ticking on their ability to keep star turn Luka Doncic happy. With last season’s bubble experience, a positive one, can the Mavs build on their previous contest and come into this tie with the Los Angeles Clippers knowing they have the potential to cause a major upset?

Having ended the regular season with a trio of wins after a 133-104 loss to the Memphis Grizzlies, the Mavs are about to take on a Clippers side who are arguably in their best mindset of the whole season. The problem for the Mavs is quite simple – can they count on their other star other than Doncic?

That man, of course, is Latvian superstar Kristaps Porzingis. At 7ft 3’, there were always worries about the durability of the big man. His quality of play when fit, though, was rarely in dispute. However, ever since he arrived from the New York Knicks, fans have been frustrated with his lack of availability. When fit, though, there have also been concerns about how well the Latvian actually fits into a team with Doncic as the star turn.

With Doncic arguably the most modern of all NBA players, it can be frustrating to see Porzingis at times. He can look quite rigid and, to be blunt, dated in the way he plays the game. As a player expected to become a truly modern take on the 4 or the 5, a lack of game time is becoming a real hindrance for the Mavericks as they try to build a team with enough chemistry to go on a deep playoff run.

The problems began with the Clippers

Though his time in Dallas has been inconsistent to say the last, the real issues started in the bubble last year. As the Latvian played in a warm-up game during the Disney World bubble, his right knee was giving him all manner of issues. Until that injury, Porzingis had looked every bit the No. 2 star that the Mavericks needed to complement Doncic. However, since then, he has missed a whopping 29 of the 72 games the Mavericks have played – that’s simply too many.

The problems, them, started with a series against the Clippers. Optimistic Mavs fans will be hoping that he can finally get some closure on the problems that began in Disney and show no signs of fading away. However, while his fitness has been a major issue, there have also been many concerns over his fit with Doncic as a player.

If he is unable to make a telling contribution this spring and summer, it could pave the way for a potential trade. Put simply, the Mavericks don’t have long enough to wait for Porzingis to click with Doncic. And if you have to lose the former to keep the latter happy, you do that without hesitation. If Doncic begins to show frustration at a lack of meaningful progress – and Porzingis continues to play a role in hampering that progress – there could be time to talk about a parting of the ways for all involved.

Make no mistake, Porzingis is a quality talent when he is fit. However, some of the holes in his game are pretty tough to fill, and it can make the Mavericks look pretty imbalanced when his flaws are on show. At present, they don’t really have the personnel to cover for those flaws.

The main confusion around the team stems from the fact that, in their last ten games without the big man, the Mavs have gone 7-3. They look to have grown so used to playing without him that they can actually play an attractive, locked-in game of basketball. When he returns for his spells of fitness, they often need to try and compensate.

Sure, his rebounding and his scoring are both at stellar levels. When he was fit in the Clippers match-up las year, he was playing a key role in the Mavericks having a strong chance in the series. However, his injury seen the Clippers dominate rebounding in the remaining games, taking 101 rebounds to the 73 of the Mavericks in Games 5 and 6. This turned a close series into a bit of a blowout. While scoring can still be high-ish without Porzingis, they obviously score more with him in the team. However, his defensive capacity has fallen through the floor in the last 18 months – and that should worry Dallas fans. 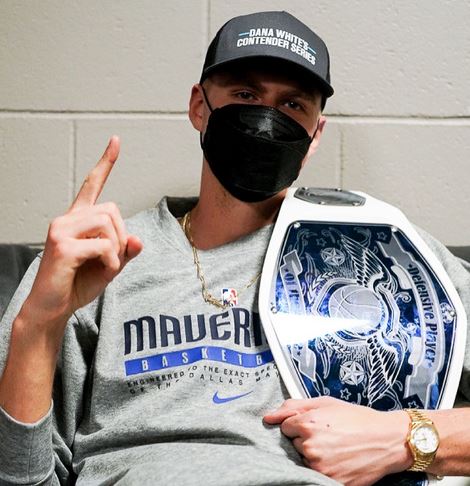 When you look at Porzingis and his career stats, we see a giant of a player who used his incredible length to protect the rim. However, he’s currently involved in a career-low number of blocks per game (1.3) and steals per game (0.5) – and that is a massive problem. For all his scoring quality, is Porzingis beginning to become a liability in the most important part of his role with the team?

Indeed, the stats show that this is also a career-low season for block and steal rates. His previous record was 6% for a career-low – this year? He’s at a measly 4.8%. For a player of his earning power and his potential, these numbers are simply not good enough for what the Mavericks need from their No. 2.

While his height was always going to have an impact on his agility, it appears that Latvian has struggled this year due to a lack of freshness and fitness. That leads to a self-perpetuating cycle of a loss of confidence. Given he was always going to be a concern when playing in space, his ability to manage the rim was always seen as a vital skill. With the stats and the eye test showing he simply does not defend the rim as well as he can, does this leave Dallas in a tough spot moving into the new season?

Whatever happens this summer, it is clear that there has to be a big chat about what happens next. Porzingis was supposed to be the No. 2- at the moment, his performance and his output simply does not stack up. Fitness for the Clippers series, though, could soon reinvigorate a player who we all know could become a genuine game-changer at the highest level.

The only question is can he stay fit enough to make it so? And will he get consistent enough to avoid wasting crucial years of Doncic in Dallas?

Are you ready to bet your crypto coins on NBA games? Join 1xbit and bet with Bitcoin or other popular cryptocurrencies like DOGE, BCH, or XRP.