As one of the most storied franchise in professional hockey, the Toronto Maple Leaf’s are a genuine titan of the sport. They are a team that has drawn global support for their excellent rosters over the years, as well as having a passionate, committed fanbase. For years, they were one of the model examples of how to properly run a North American sports team. Today, though? Today they look like a shadow of their once-glorious selves.

And that shadow is casting a pretty big cloud over the entirety of the organisation. So much so that, with another poor season in the rear view mirror, we could see a transformation take place this off-season. It would be interesting to see what happens in the summer, but when names like Mitch Marner start talking about rebuilds it shows you where things have gotten to for this giant of the sport.

Having fallen to yet another sour end to a season that promised so much, another Game 7 exit that went wrong in every way imaginable, Marner and co. looked utterly shellshocked. The star man of the Maple Leaf’s looked crestfallen, unable to keep himself focused on the line of questioning as he faced yet another inquisition into just what has gone wrong at the Maple Leaf’s.

Speaking after their latest crash out on Monday, Mitch Marner said: “No one’s feeling good about this. It’s awful. What we didn’t accomplish is a pretty s––––– feeling. Seems like it’s always kind of the same words at the end of the year, and it’s unfortunate, and it sucks.”

Marner himself was a major let-down in the post-season, too, and he’s arguably taken the brunt of the critique – the hometown hero is yet to don his cape.

What next for the Toronto Maple Leaf’s?

The only major positive, really, is they have Marner. OK, the 24-year-old flamed out this post season and looked as lost as his teammates. He committed more than a few wild penalties during the 7-game exit, and looked pretty poor. He hasn’t scored in a playoff game for a whopping 18 games now. To say he has become a target for the boo boys would be an understatement.

Check Maple Leaf’s social media and forums, and Marner is often the name thrown in by fans as the chip to get rid of to begin a rebuild. Many see him as someone who has been a beacon of light and optimism even during the most trying times. It says a lot about the current situation, then, that even Marner looks absolutely fed-up with the position of the team.

There will be talks of trades, and Mitch Marner might well go in the end. More focus, though, has to be placed on a team that has spent something in the region of $40m of cap space on four forwards. Can that really be workable to build a winning team in the modern NHL?

Marner is arguably the name that could be most likely moved on. William Nylander was the sole strong performer from the four forwards. Meanwhile, Auston Matthews isn’t likely to move on and John Tavares has a clause preventing a move. This makes Marner as the most likely target if the team is to go ahead and commit to a major rebuild.

With Marner having a high income and not really living up to what the fans and the team would expect, there is the likelihood of an exit. Though he was spoken up by GM Kyle Dubas in 2020 and beyond, many see Marner as the most likely trade chip. This would turn their stable of four forwards into a still-strong trio, and give the team the money and space they need to bring in other positions and thus make the team better as a whole.

Despite the post-season failings, you would imagine that there will be a market for Marner – he was fourth overall in scoring in the regular season, and has a huge upside to his game. For the hometown hero wanting to win the Stanley Cup for his beloved Maple Leaf’s, though, the dream might have to die.

If you want to put all the blame at the feet of Marner, think about this: since he arrived in the team, he has been their best scorer in points per game in the postseason, with 0.78ppg. So, while Mitch Marner might not be living up to his end of the bargain, the rest of the team isn’t doing any better. 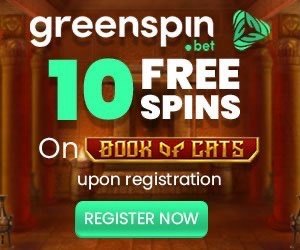